When I first met James Kinard he was 15 minutes early to our meeting and he was alive with energy and soul – even at 8:45 a.m. He had just graduated from Atlanta Area Tech College on May 17 for Heating and Air-Conditioning. I could tell he was so proud and I could not wait to find out more about him.

James is originally from a small town in South Carolina where the opportunities were slim. He was going to school for aviation maintenance, as well as working, but he could not seem to escape trouble. He was involved with selling drugs, fighting and shoot-outs, and found himself in and out of jail. He said it felt like he was “…always taking one step forward and being pushed two steps back.”

It was not until his mother, Brenda, suffered from a stroke that James decided to turn his life around. He and his mother moved to Atlanta so she could obtain better health care and he could have access to better opportunities. His mother was doing well until Thanksgiving morning when she endured another stroke. Her doctors thought she might not make it but James said his mother was a fighter, and she kept pushing and she kept holding on. James became his mother’s full-time caregiver, even though it was very hard for him to see her suffer. James stuck by his mother’s side until she passed away in 2011.

While caring for his mother, his girlfriend at the time was pregnant with their first baby, which she later lost due to a miscarriage.

“You know it really hurt me when she lost the baby, then my mother passed away and then my girlfriend broke up with me, then my grandmother passed away,” said James. “I lost my job, my apartment, contemplated suicide and broke down and cried and asked God to help me.”

James tried to get back on the right track and decided to go back to school for heating and air and held a steady job at a warehouse. When the warehouse shifted to 12 hour work shifts that did not work with his school schedule, he made the tough decision to stick with his education and find an employer willing to work around his school schedule. Though, finding a new job proved to be much more difficult than he imagined and he eventually found himself without an apartment and out of unemployment funds.

“I wound up staying with this person and that person, slept in a few people’s cars, went to the airport to sleep and was bouncing back and forth from place to place.”

When one place did not work out, he found himself at Gateway Center in March and said it was the best thing he ever did. During his time in the Employment Program, James has held two jobs and was able to continue with his education.

“I just kept praying and pushing and before I knew it, graduation day came.”

Since being at Gateway, James has saved up enough money to get his driver’s license back, paid all his probation fees, got off probation, acquired affordable health insurance, saved up enough money for a car and is in the process of getting his record expunged. He says “…things are looking up.” His next step is to find a stable place to live that he can call his own and he will begin an apprenticeship program next month in his field.

When asked what he has learned through his life experiences, James answers, “One thing I’ve learned is the whole aspect of being humble. Just be humble.”

In closing, James left me with this final statement.

“I just thank God for everything. Anybody out there that’s going through anything, no matter how bad you think it is, just know that God is with you and he always gives you multiple chances. It’s not always as bad as you think it is; a rainbow is coming!”

Thank you, James, for sharing your story with me and to the rest of the world. 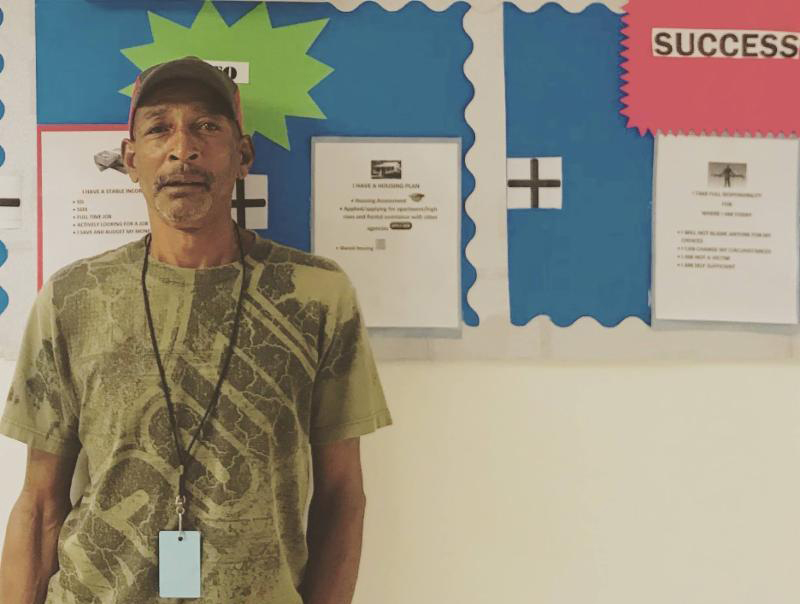